I have been enamored with the character of Kal-El and his mythology ever since childhood. Whether it be Superman: The Animated Series, Superman: The Movie, or Man of Steel, many Superman actors have come and gone. Whether the actor donned the suit for years, a scene or two, or only voice-acting, all options are on the table. The following is my personally well-thought out list of my three favorite portrayals of Superman with a deserving honorable mention.

Deciding between my honorable mention and #3 is very tough since both are great, but Daly ultimately lands in my honorable mention slot. He voiced the character in the animated television series for four years and has made numerous other appearances voicing Superman / Clark Kent / Bizarro in multiple animated films. When I think of Superman, I not only think of the look and the actions, but also the voice (which automatically disqualifies Dean Cain from contention). Daly’s voice is commanding, yet comforting at the same time, which is why he has done so well. When I think of the voice of Superman, Daly is the first to come to mind.

Cavill ranks just a hair above Daly at the #3 spot on the list. He has done, in my humble opinion, a wonderful job as Kal-El in the DCEU – even if some believe his material hasn’t been quite as strong as others on the list. He has all of the qualities you would expect a Superman to have: the square jaw, black hair, buff physique, boy-scout mentality, charm, charisma, and a commanding, yet calming voice. Plus, he is a Superman in real life as well since he is relentlessly nice and caring. In addition, Cavill may also have the best looking and most detailed Superman suit of them all (and my favorite S emblem). It’s too bad we never got to see him wear the black-and-chrome suit in Justice League.

Welling is probably the odd ball on the list since he portrayed Clark Kent on the popular WB/CW series Smallville for ten seasons, but didn’t become Superman until the series finale in 2011. Despite never fully wearing the suit, he was born to play the role of Clark Kent. During his run, he had all of the intangibles and delved deeper into the younger, growing side of the character not typically explored in more than a handful of scenes in other iterations. His take on the character, including confrontations with Michael Rosenbaum’s Lex Luthor, features some of the strongest Superman-esque material in the character’s history on screen. 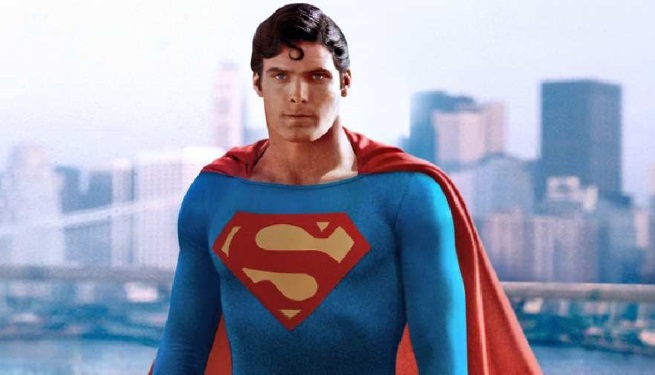 If you ever look up Superman, the first and most iconic image to appear will be of Christopher Reeve. He will forever be linked to the character for making people believe a man could fly. He is the one that proved it was possible for Superman to exist on the big-screen. He took a character rich in mythology and made it his own. Even though his last few Superman movies did not pan out well, he was still great in the role. Superman: The Movie and Superman II are among the best superhero movies of all-time and he is the cornerstone of those films. It’s a shame the era he lived in made it difficult to expand the cinematic horizon of the franchise. Could you imagine if his Superman movies were made with modern-day special effects and some less cheesy villains? We may never see again the likes of a Superman filled with so much charm, charisma, and heroism, but that is nothing to be ashamed of for other actors portraying Superman; Reeve was just that amazing as Superman.